The graph below gives information about car ownership in Britain from 1971 to 2007. 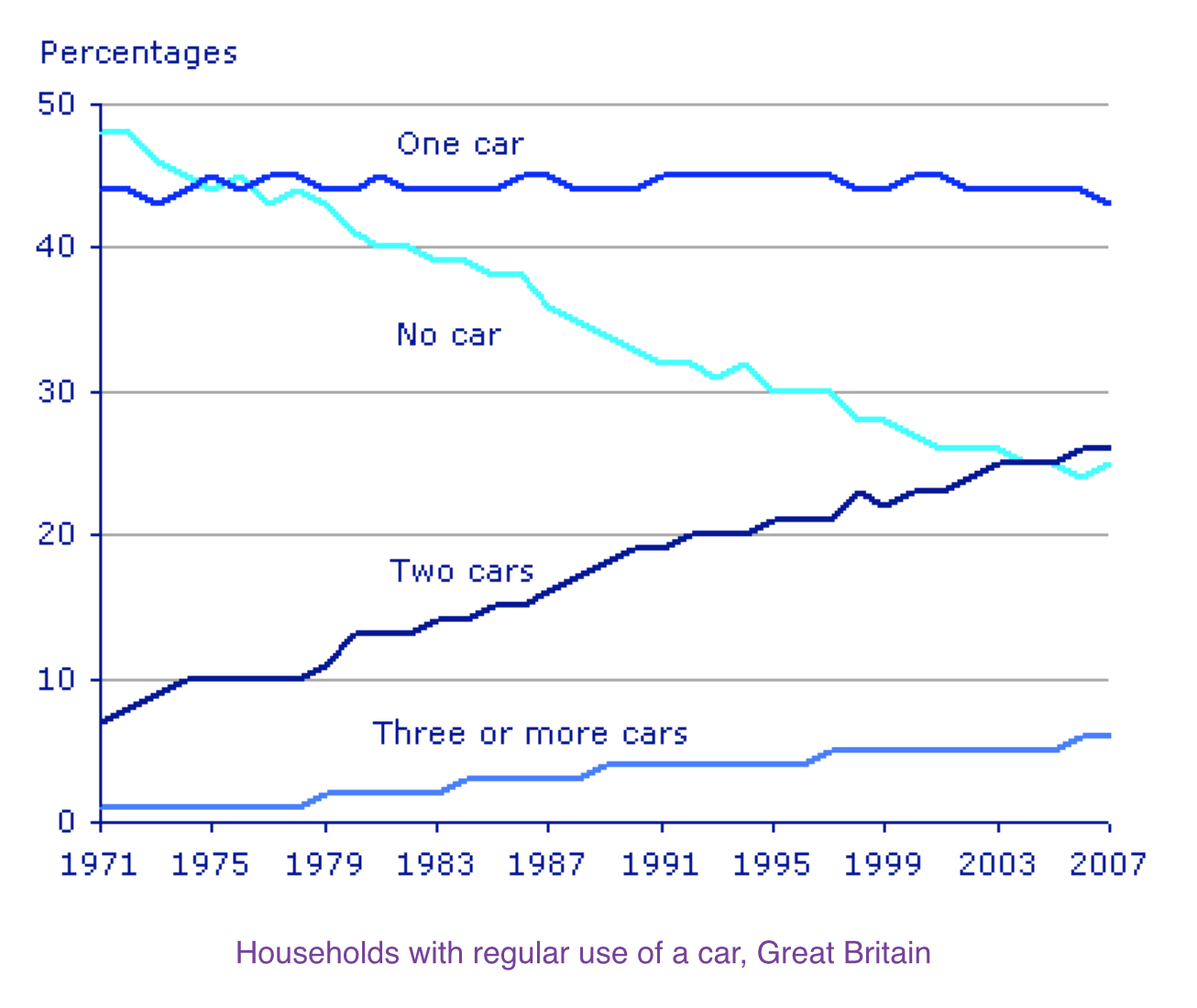 The graph shows changes in the number of cars per household in Great Britain over a period of 36 years.

Overall, car ownership in Britain increased between 1971 and 2007. In particular, the percentage of households with two cars rose, while the figure for households without a car fell.

In 1971, almost half of all British households did not have regular use of a car. Around 44% of households had one car, but only about 7% had two cars. It was uncommon for families to own three or more cars, with around 2% of households falling into this category.

The introduction paraphrases the question:

Paragraph 3 compares all of the categories in the first year shown: 1971.

Paragraph 4 describes changes in the figures for each category, with a focus on the final year shown: 2007.

Here are some useful phrases from my answer: